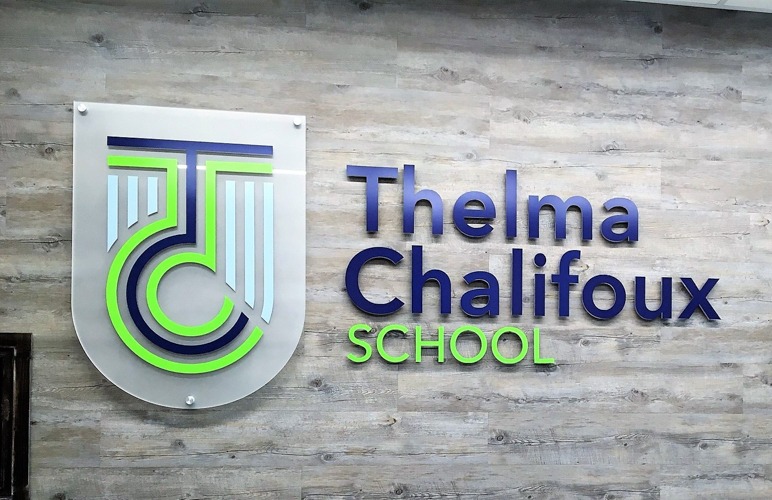 A new addition to the EPSB roster

Thelma Chalifoux School is one of the latest additions to the Edmonton Public Schools roster and we are so excited to have participated by providing some great school signs. Located at 2845 43a Avenue, the south-east end of Edmonton, in the Larkspur neighbourhood of Edmonton, the junior high will have a capacity of up to 900 students in grades 7 to 9. Being a brand new school, the administration took the opportunity to use signage to bring some energy to the environment as well as use signage as a tool to inspire and motivate students, staff and their families.

Thelma Chalifoux was best known as a supportive teacher, Metis activist (primarily for her work in the protection of Métis culture) and being a Canadian Senator, hence the inspiration for the school’s team name. She was a firm believer in both supporting her community and assisting the most vulnerable. Thelma Chalifoux School strives to establish a learning environment that reflects her commitment to the communities she served.

Thelma Chalifoux School puts a large emphasis on the values of accountability, collaboration, equity, and integrity. These are some values that we have in common when it comes to PosterTech’s projects. The production of Thelma’s Chalifoux’s school signs was no exception. From the beautiful Logo and School name signage in the administration office, the wonderfully colourful Senators’, Their School team, signage that lines the school and gymnasium walls, all the way to the special signage and trophy display cases.

Take a peek below at some of the school signage that is proudly displayed. 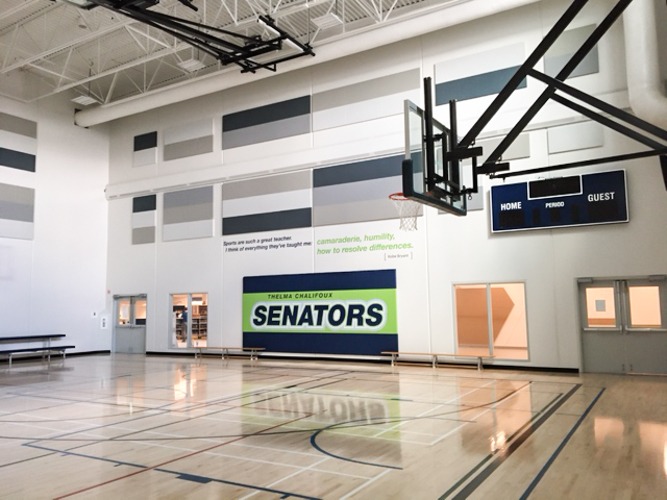 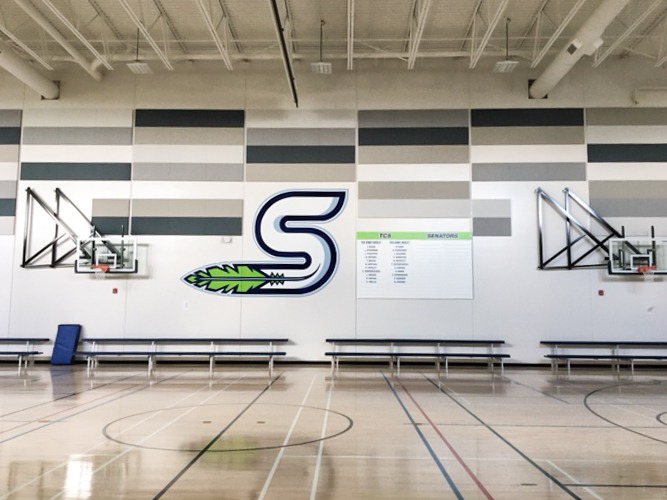 Decals and murals work great for displaying team logos,’s school models, or a special message that you want delivered to students, staff and visitors to the school. 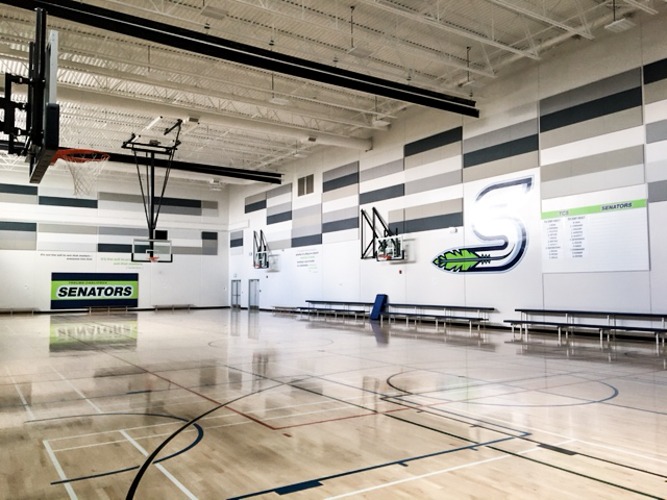 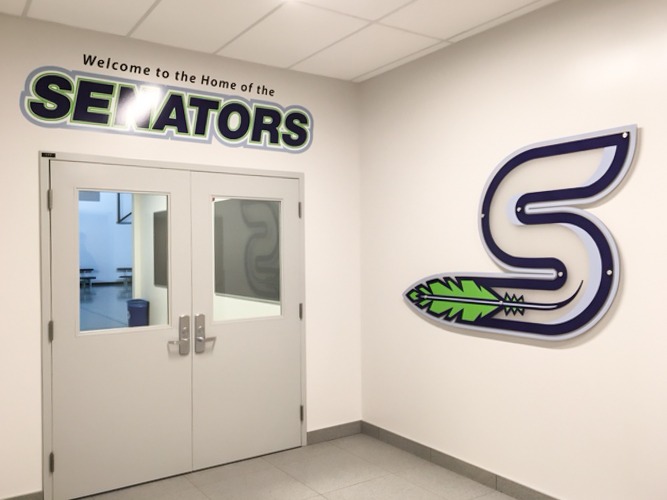 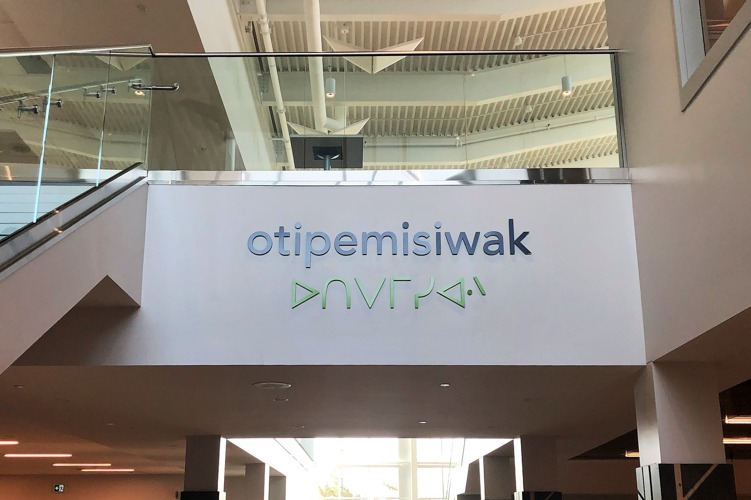 Displayed proudly in the halls of the school is “Otipemisiwak”. is a Plains Cree word that has been used to describe the Métis people, meaning “those that rule themselves. 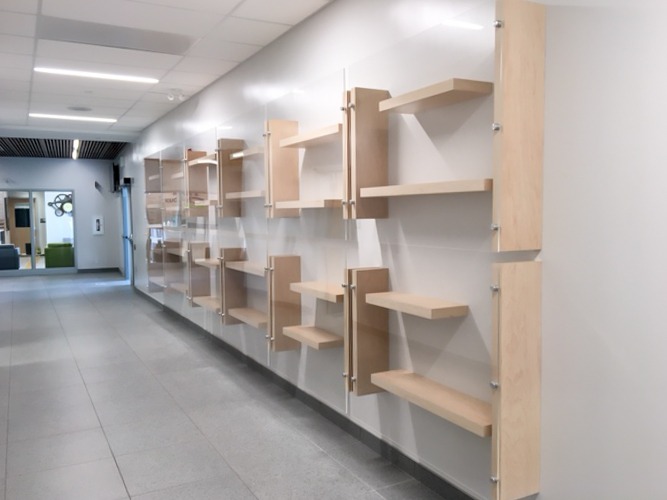 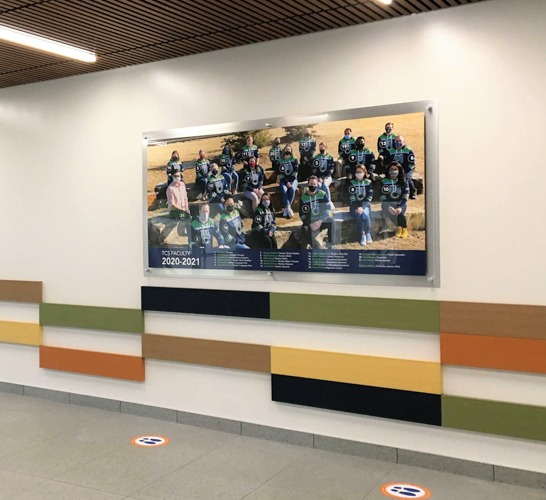 Custom display cases are a beautiful way to give recognition to students, teams and staff on their hard work and accomplishments throughout the years. These ones were created with a combination of thick 2 inch maple frame and plexiglass fronts with stainless steel standoff hardware.

School signs are a favourite project of the PosterTech team to collaborate on. Think back to your time at school. Were you inspired by something in your surroundings?