Visibility is a large part of police work. Visibility contributes to the prevention of crime and demonstrates that the police service is part of the community. The Blood Tribe Police Service –a rural community police force located in southern Alberta, needed help enhancing visibility and consistency for ten new police service vehicles. They’re an organization that’s had a significant impact in the development of what is now considered a strong and healthy region and have done a great job building ties with the people and neighbourhoods they are entrusted to protect.

PosterTech’s vehicle wrap technology is regularly applied as advertising to commercial vehicles. The same technology can also do its part to increase safety. In the case of the Blood Tribe’s police vehicles, our reflective vehicle materials ensure high visibility day and night.

Police vehicles in rural Alberta can be subjected to the harshest conditions and the Blood Tribe expected their decals to work as hard as the vehicles do. PosterTech was called because of its superior digital technology and installation expertise.

PART OF THE TEAM

The application work was done in Postertech’s 26,000 sq. ft facility under perfectly controlled conditions. Police work is done around the clock and so too is our production and application work. To accommodate the Blood Tribe Police Force’s rigorous hours, PosterTech rotated the vehicles to Edmonton on weekends and completed our work in time for duty calls on Monday morning. We made it easy for the Blood Tribe Police Force.

TO SERVE AND TO PROTECT

With PosterTech’s digital technology and application processes the vehicles were now more than ever part of the Blood Tribe Police Force. So much of police work depends on commanding a presence and PosterTech was proud to contribute its knowhow to help this rural community be safer. 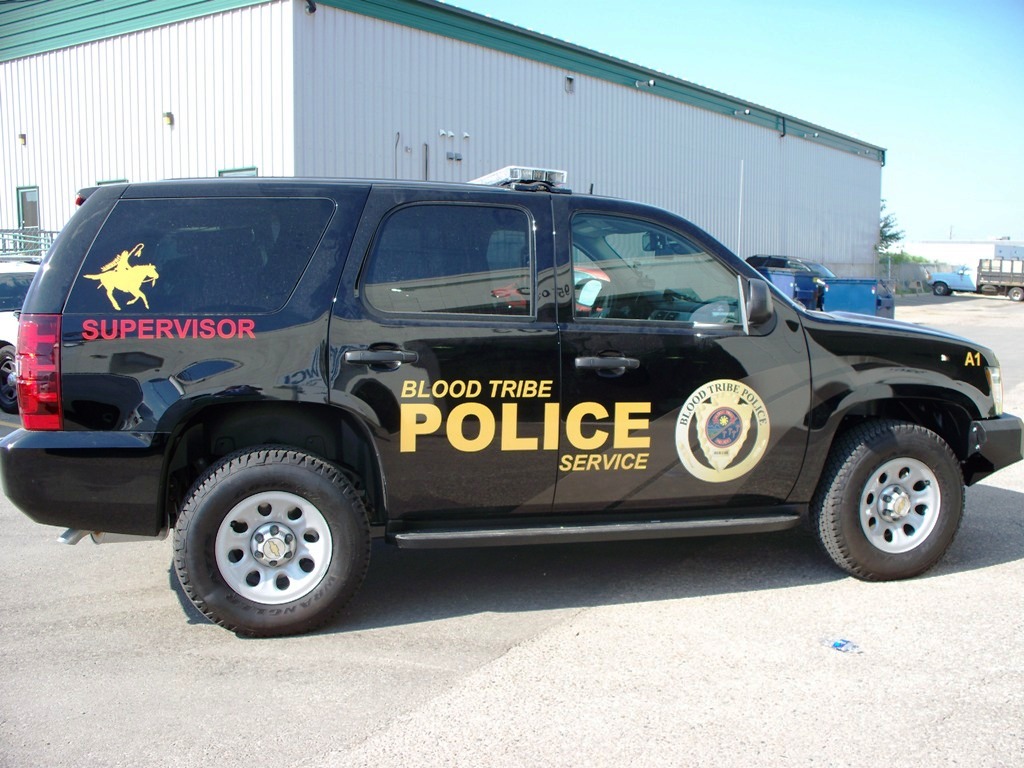