Window Graphics – part of the message

Edmonton International Airport undertook a massive expansion and ambitious marketing strategy over the past few years. EIA wanted to position itself to better serve the growing travel demands of the Edmonton region and northern Alberta.   Today the EIA is the fastest growing airport in North America.

A large part of EIA’s marketing strategy was to initiate a rebrand. The new Central Hall of EIA was built to be reflective of strong and proud region and to inspire those that use the airport as a gateway.   The windows of EIA became part of the grand vision. PosterTech was called in and created massive 100’ window graphics that reflected in one direction and see-through in the other direction. Combined with dramatic aviation visuals the window graphic has helped the Central Hall become one of Edmonton’s landmark spaces.

As you approach the airport by car it’s nearly impossible to miss the graphic image that spans the windows of the Central Hall. But when standing inside that expansive atrium looking up and out, the natural sunlight and your view is unobstructed.

Using one-way film, thousands of tiny holes puncture the vinyl applied to the windows allowing it to look simultaneously solid from the outside but nearly transparent from the inside.

PosterTech’s project management team ensured that a three-week installation would fly by smoothly. Crews needed a staging area to work around the clock —but the business of the airport also works around the clock. The staging area needed to ensure workers worked safely and passengers passed by safely.

The launch of the entire rebranding initiative – including the unveiling of the enormous new window mural – was scheduled to coincide with the completion of the airport expansion. The Central Hall connected the older, existing hall of the airport with the new wing. PosterTech was further tasked with creating the interior signage and hanging banners to ensure the look and feel of the new brand standards were consistent inside and outside of the building.

The EIA brand is now more highly valued than ever thanks to a successful advertising campaign, an enormous building expansion, and a window mural and huge Central Hall banners that continue to draw attention from airport visitors. 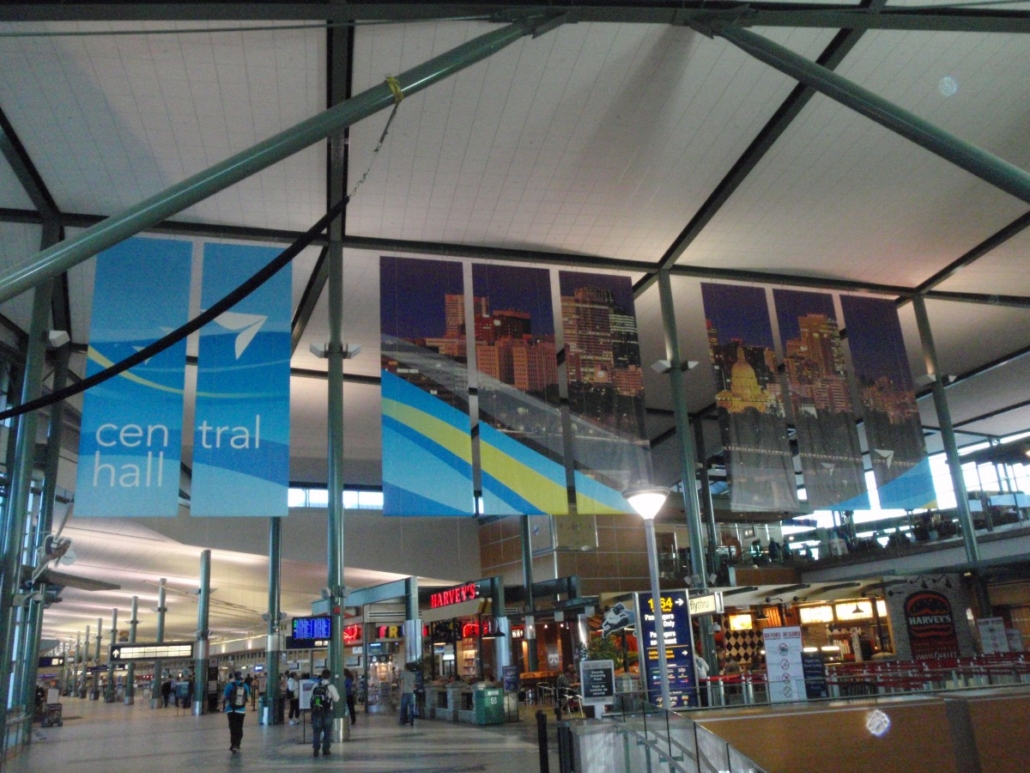 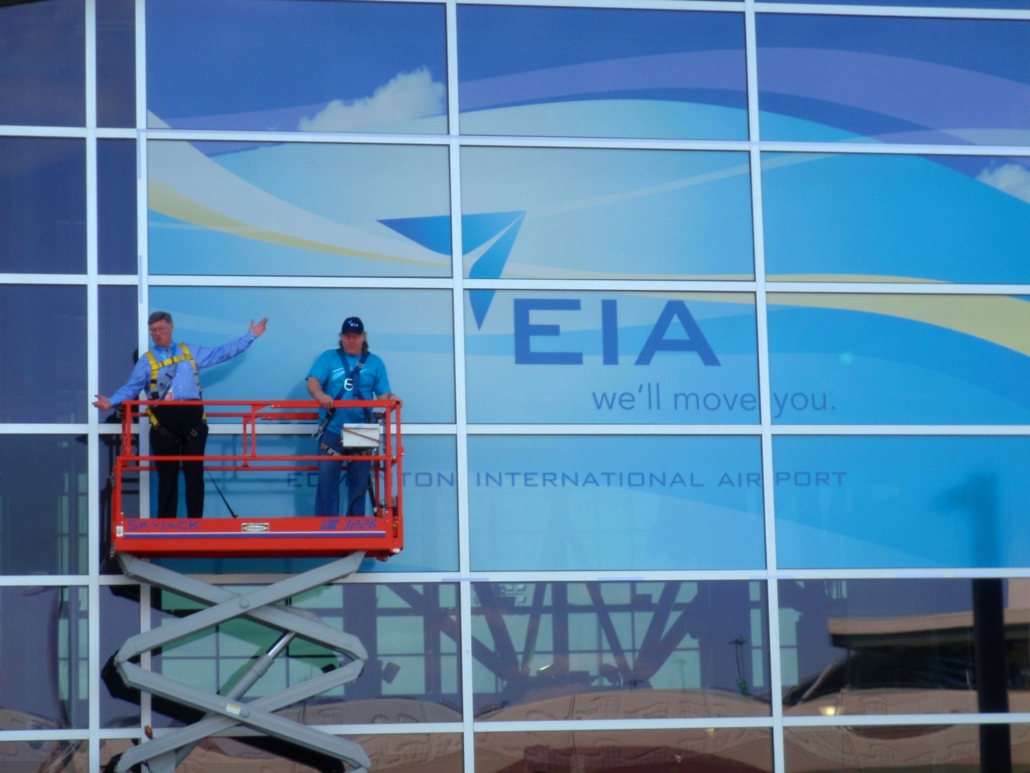