A bigger spectacle, a bigger audience

The Citadel Theatre brought two high-profile productions to the city of Edmonton. Audiences around the world have praised both plays, each hosted by some of the most prominent theatre houses in North America. It was an important step up for the city’s theatre scene.

The Citadel needed to let Edmonton audiences know that something grand was going on at their downtown theatre house. With both the Wizard of Oz and the Forbidden Phoenix making their debut, a new marketing strategy for The Citadel needed to follow suit. PosterTech was asked to step up and be part of a bolder and more intrusive way of promoting the Citadel.

Rising to the Occasion

PosterTech’s large-format digital presses are uniquely suited to produce vibrant and colourful images that are sure to attract the eyes of potential theatre goers. 12’ x 24’ decals were produced—an enormous increase six times larger than the previous 4’ x 8’ posters. The impact on downtown Edmonton was instantaneous.

Installing large-scale signage in downtown Edmonton presents great opportunities and obstacles at the same time. PosterTech’s team planned and cooperated with the City of Edmonton regulations to acquire installation permits, cordon off part of the sidewalks, position ‘cherry pickers’ and treat passersby with courtesy and safety.

While the window graphics are intended to be intrusive our installation crews were not and PosterTech clients have come to expect a level of precision and professionalism.

Citadel’s performances were packed for the run of the shows. We too humbly accepted our share of the accolades as our superior digital technology, insightful recommendations and professional installation garnered rave reviews. 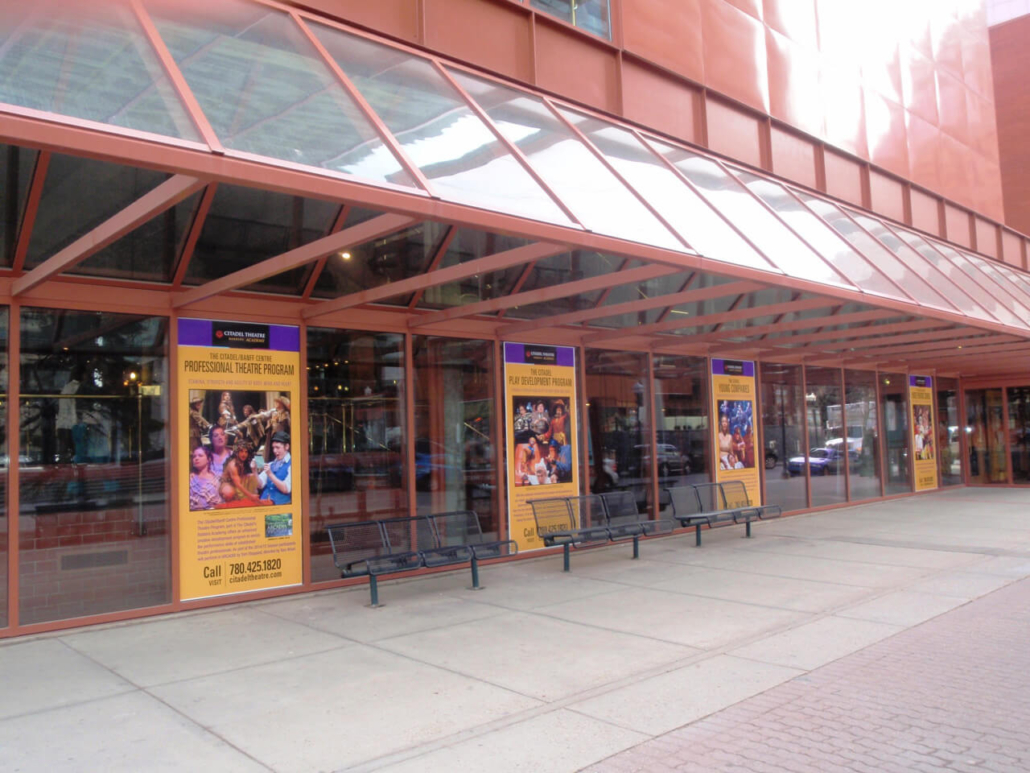